Splitting the screen on your Mac computer gives you the benefit of multitasking with ease within a single view. In other words, the split-screen feature enables you to use two apps or view two environments at once on your Mac.

You can handle multiple projects on different windows at once on a full screen, without the stress of switching windows every single time; when you do a split view on your computer.

This feature is very helpful, especially to programming, formal study, accounting, data analysis, or any other task that require multiple screens.

The benefits of enabling the split-screen feature include time-saving, reduction in distractions and improved concentration.

In this tutorial, you will learn how to effectively do a split-screen on a Macbook laptop or desktop computer.

The first thing you have to do is launch an app on your computer, then on the top left corner of the app window, click on the split-screen button.

2. Place the window on either side of the screen

Pressing the green split-screen icon will shrink the screen into two portions. Move the current app window into either side of the screen.

Once you do that, your screen should be divided into two halves with each displaying separate windows.

On the screen right beside where you placed the first app, tap on an app to launch it, and it will resize to fill the size of the second window.

You can then view both windows side-by-side on the same screen.

To change the location of a window, press and hold down on that window then drag it to the opposite side of the screen.

To give more app screen width, hold the mouse cursor on the mid-vertical line and move it towards the opposite window.

If you wish to return to the regular desktop view:

Following the steps above will help you to activate split-screen on Mac, swap the windows, resize each app screen, and exit the split-view. 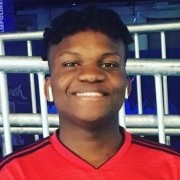 How to disable the Taskbar in Windows 10

How to Receive iMessage on Windows 10 PC

How to Defragment a Windows 8 Computer

How to Check Computer details or System Information in Windows 7